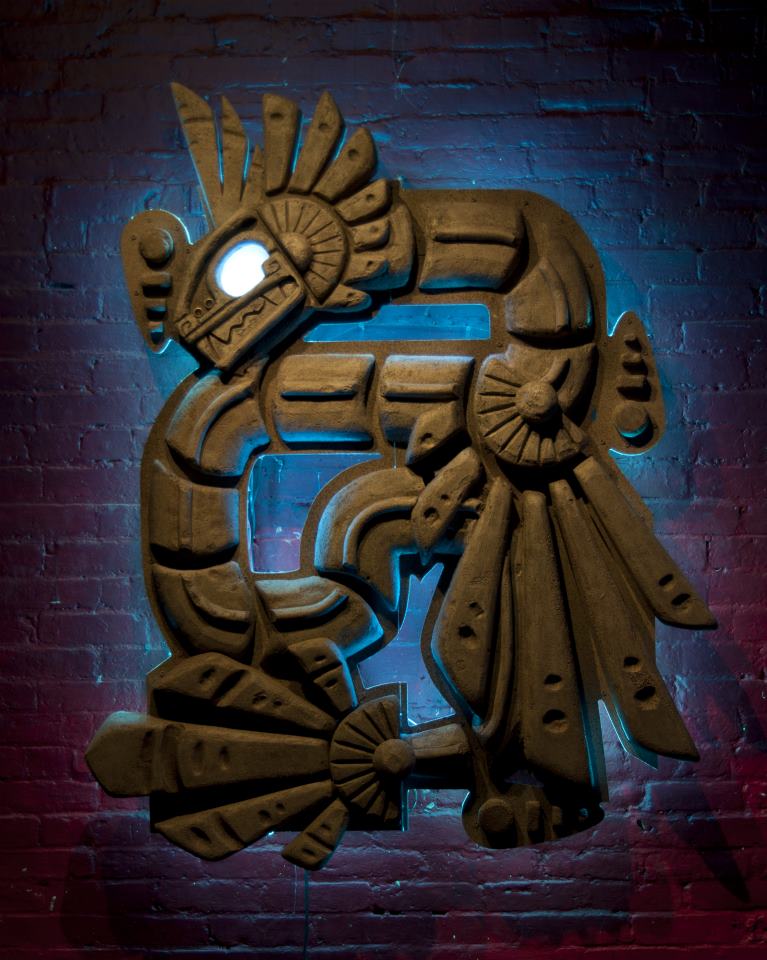 The world was ending, in the year 2012, as foretold [see: erroneous interpreted] by the Mayan Calendar. To embrace our inevitable doom, a secret warehouse held a weekend long event to party our last before the epic dawn of a new world. A few small grants were awarded for convincing offerings the Mayan Gods… who admittedly don’t have anywhere near as attractive a God of Destruction as the Aztecs who have Queztalcoatl; a handsome, feathered, world ending wyvern, and well…. most late night LED loving club goers cant’ spot the difference. So my team and I made an interactive foam visage of the god awakening slowly from the deep.

A ping sonar in his nose alerts him to proximity and which point he pulses furiously red, and moving to a safer distance away invites a series of sensuous color-coded ambience.

He was such a hit at the party that (after we all awoke the next morning not dead) he was invited to Boston decompression 2013 and Boston Firstnight 2014. He now lives quietly guarding the lobby at Artisans Asylum in Somerville, MA. 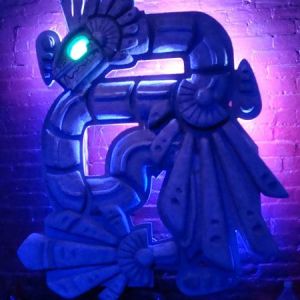 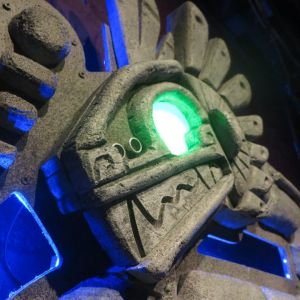 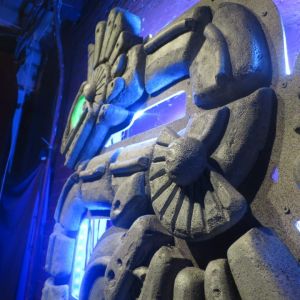 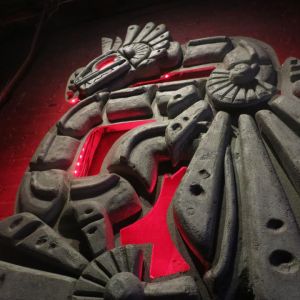 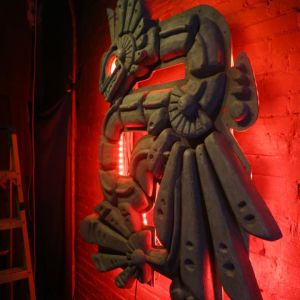 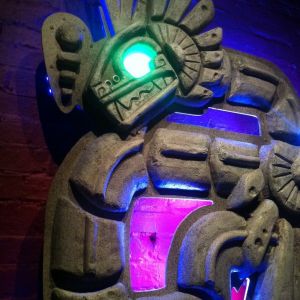 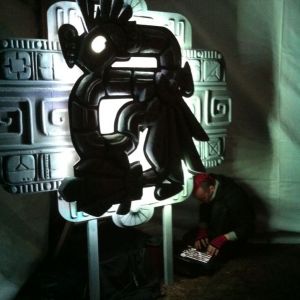 Get Updates from Ecco